Do you need a solution to your plumbing nightmare?

As you probably already know, your home's radiators and heating system contain water that is heated in the boiler when you need to increase the temperature and keep yourself from getting chilly. Unfortunately, air can seep into the system over time, replacing the hot water. This can be down to anything from leaks to the natural contraction and expansion of metal over time. Luckily enough, you can have a plumber bleed the radiators to remove that air.

Here are just four reasons why it's an issue you shouldn't ignore.

Probably the most compelling reason to remove the air from your heating system is to ensure heating remains efficient and effective. When there is air in the system, your radiators won't be able to omit the amount of heat you're used to. You may notice that your radiators aren't heating as well as they should or that you need to run them for longer. This doesn't just mean living in a cooler house – it can also place added pressure on the system and see your energy bills spiking.

Having small air bubbles in your hot water system probably doesn't sound like a big deal, and they usually won't do any damage in the short run. That said, risks do increase as the air is left in the system. One of the main risks is oxidisation inside your pipes. The mixture of air and water can lead to rust, and this can create blockages within your central heating system.

Even if the air itself doesn't cause any issues, it can be worth calling a plumber to check on why this is happening. As mentioned above, it can be completely natural and nothing to worry about, but in some cases, air will be getting into the system where water is leaking out. This water could damage your property, especially if it's in an area not visible to you, such as behind a wall or under the floor.

Anyone who has ever needed to have a boiler replaced can tell you it doesn't tend to be inexpensive, so you should always avoid any potential problems, including air trapped in the heating system. Your boiler isn't designed to handle air in the system, and the added pressure created by anything from leaks to internal corrosion can cause a breakdown. 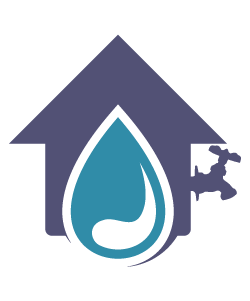 Are you concerned about a leak? Maybe you have noticed water starting to pool under your sink? Maybe your problem is more urgent and you have water dripping through your ceiling or cascading down your walls? Whatever your situation you will need to call a plumber. On this website, you will find everything that you need to know about working with your local plumber. The articles here will show you the right questions to ask to ensure that the plumber you find is suitably qualified and experienced. By reading this website you can be confident that you will choose the right plumber for your situation.